Establishing a legacy for the Armedilla family 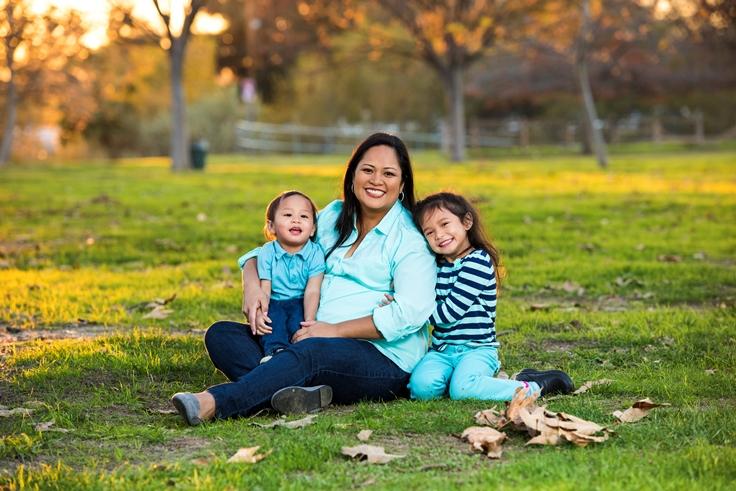 Melissa Armedilla, 36, was born at Miller Children’s & Women’s Hospital Long Beach. So were her 4-year-old daughter and 2-year-old son. When she discovered that she was pregnant with identical twins, Melissa knew in her heart that Miller Children’s was where she wanted to introduce her babies to the world.

As a triathlete, Melissa always went the distance. As a mom, she was willing to go even further. A physical therapist who now lives in the San Fernando Valley, Melissa has undeniably strong ties to the hospital in Long Beach.

“My mother was a nurse at the BirthCare Center at Miller Children’s until she retired,” says Melissa. “I remember hearing my mom speak about the hospital, the physicians and the nurses – it’s like I grew up there. I was confident in the care my babies and I would receive.”

Though her pregnancy was progressing perfectly, and her twin girls appeared to be healthy, the fact that she was carrying multiples and had gestational diabetes put Melissa, and her twins, at a higher risk for complications. That’s why she again chose the specialized maternity care that is available at the BirthCare Center at Miller Children’s.

“We don’t live close by. I drove an hour to get to my appointments,” says Melissa. “I passed a lot of hospitals along the way, but I trust Miller Children’s. Their high-risk maternity program and the Neonatal Intensive Care Unit (NICU), if you need it,is right down the hall – literally, 30 seconds away.”

The level III NICU at Miller Children’s is capable of caring for the smallest and sickest of newborn babies. As one of the largest in California, the NICU at Miller Children’s treats high-risk infants daily, both locally and from Los Angeles, Orange and San Diego counties. For Melissa and all expectant mothers and families, these facts signify a higher level of care.

“I wanted the best for my babies,” says Melissa. “I wanted these two to have the same great start in life that their brother and sister had.”Then the Danville family learned of Dr. Marvin Ament, medical director of pediatric gastroenterology at Valley Children’s Hospital near Fresno – and their lives changed. Ryan underwent two noninvasive tests at Valley Children’s and the results confirmed Dr. Ament’s suspected diagnosis: gastroparesis. Also called “delayed gastric emptying,” the condition forces food to remain in the stomach an abnormally long time.

Dr. Ament, known as one of the founders of pediatric gastroenterology, prescribed various medications and doses based on Ryan’s fluctuating symptoms to cure the illness he believes a virus likely caused. Soon Ryan regained his health and began playing sports again. Life is back to normal.

The state-of-the-art BirthCare Center at Miller Children’s is located under the same roof as a full-service children’s hospital. Not only is the NICU steps away, but highly specialized care is available to both mother and child, around the clock.

“Anyone expecting twins or multiples, like Melissa, is automatically considered high-risk. We have to be prepared for anything, because anything can happen,” says Diane Beck, R.N., clinical operations director, BirthCare Center, Miller Children’s.

“We have computers in every room and integrated electronic medical records. Fetal monitoring is performed right at the bedside. The Perinatal Special Care Unit and Labor & Delivery are all wired for remote viewing of fetal heart rate patterns, maternal uterine activity and vital signs so nurses and physicians can check on their patients from anywhere in the BirthCare Center. There is immediate access to operating suites, as well as 24/7 in-house anesthesiologists and OB/GYN physicians to ensure rapid responses and the best possible outcomes.”

More than 800 high-risk deliveries take place at Miller Children’s every year. In 2014, 6,089 babies were born at Miller Children’s, including four sets of triplets and 109 sets of twins. The hospital has been recognized by the State of California and Fit Pregnancy magazine as one of the safest places to have a baby.

The BirthCare Center offers numerous programs to support families before, during and after delivery. These range from Outpatient Fetal Diagnostics to educational programs that prepare new parents for the birth process and beyond. Programs like bedside breastfeeding support, daily “Cuddle Time,” and “Baby Bonding Hour” ensure that healthy, loving family connections are established before mother and child are sent home.

“The twins, Brianna and Grace, were born on March 23, and we’re so happy,” says Melissa.“ I feel like the resident expert on Miller Children’s. I can’t imagine going anywhere else.”